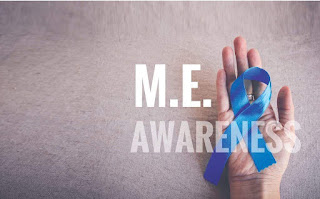 ME - 'a condition that is often misunderstood'

Recently ME Advocates Ireland (MEAI) were contacted and invited to talk about Myalgic Encephalomyelitis (ME) by a local radio station in Castlebar, Co Mayo. Christine Fenton, one of our members, offered to do the interview and she chatted with Angela Faull on Thursday morning, 10th of January on CRCfm about ME in general and about her own illness.

The presenter was well aware that ME is a condition often misunderstood and recalled reading a book about an American doctor who had a role in teaching and helping people suffering from AIDS, and 'who found it more difficult to sustain her ME patients than it was to sustain her AIDS patients'.

Christine talked about the cardinal feature of ME, Post Exertional Neuroimmune Exhaustion (PENE), which can be caused by any amount of physical or mental activity, eg having a shower, talking on the phone.

Christine highlighted the lack of support for ME patients in Ireland especially from the HSE, despite a recent recommendation from a report from the HSE to set up a working group to bring about guidelines.

She referred to mixed attitudes among HSE personnel where she has met staff who want to do their best but she has also met other staff who are totally dismissive.

'There is no culture in the HSE that understands it [ME]'.

Here is the link to the complete interview below.

Email ThisBlogThis!Share to TwitterShare to FacebookShare to Pinterest
Labels: Christine Fenton, HSE, life with ME, ME Awareness, media

ME patient Corina Duyn reflects on the challenges of having Disability Services in Waterford accept her as having a disability. 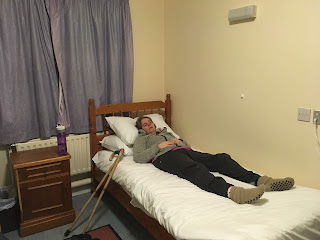 One of ME Advocates Ireland (MEAI) co-founding members, Corina Duyn, a ME patient/advocate, is currently trapped in a care home because she cannot live in her own home without the necessary homecare she requires, and her disabilities are not recognised by the HSE as disabilities in the area where she lives. Her illness Myalgic Encephalomyelitis (ME) is however recognised as a disability elsewhere in Ireland where other patients have been provided with home care packages to suit their needs.

Post code lotteries have become a real issue when it comes to seeking help from the HSE in Ireland. Corina, who needs daily care, is currently looking for homecare that will enable her to live in her own home. She has written to HSE's 'Have Your Say', HSE Community Care, Head of Primary Care, Disability Services, the Public Health Nurse and a Senior Complaint Officer. All are aware of her ongoing situation but so far Corina has not received concrete answers or a solution. Her pleas for help via regular emails and phone calls have fallen on deafened ears and she is now ten days in a care home for the elderly.

Corina who is 56 years of age was forced to go into the home for the elderly over the Christmas period because of a worsening of her health and an inability to care for herself. Corina's greatest fear is that she would have to remain in the care home and won't be able to return to her home.

An article published by TheJournal.ie on January 2nd, and written shortly before Corina deteriorated in her own home during Christmas, highlights the importance of recognising all forms of disability and judging them on their own merit. Sometimes categories of disability do not work and as a result people fall through the cracks in the system. Link to article
Compiled by MD 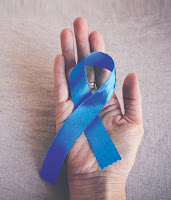